There is nothing like watching a full moon rise into a desolate dark sky while DJ Nobu pumps out acid-drenched Japanese techno. The forest clearing is fully engrossed with thirsty dancers of all ages (yes, even toddlers), 85% of whom are wearing the all-black techno uniform. This was The Labyrinth 2019. Met with the most destructive typhoon in recent memory, organizers were able to persist, assemble and sustain a weekend music festival despite Hagibis.

I was lucky enough to fly across the globe and experience the annual rainy weekend affair that is The Labyrinth, a techno campout in rural Japan. Reflecting back on the music and culture I consumed at the gathering (and in the cities I visited), I realized that these spaces and gatherings are held as sacred and selective to foreigners. Those that have visited may have also experienced this quite tangible elusiveness of the real Japan, firstly because of the language barrier but also a subtle disdain for anyone who isn't native Japanese. Even if you dedicate your life to assimilation, you will never be Japanese. 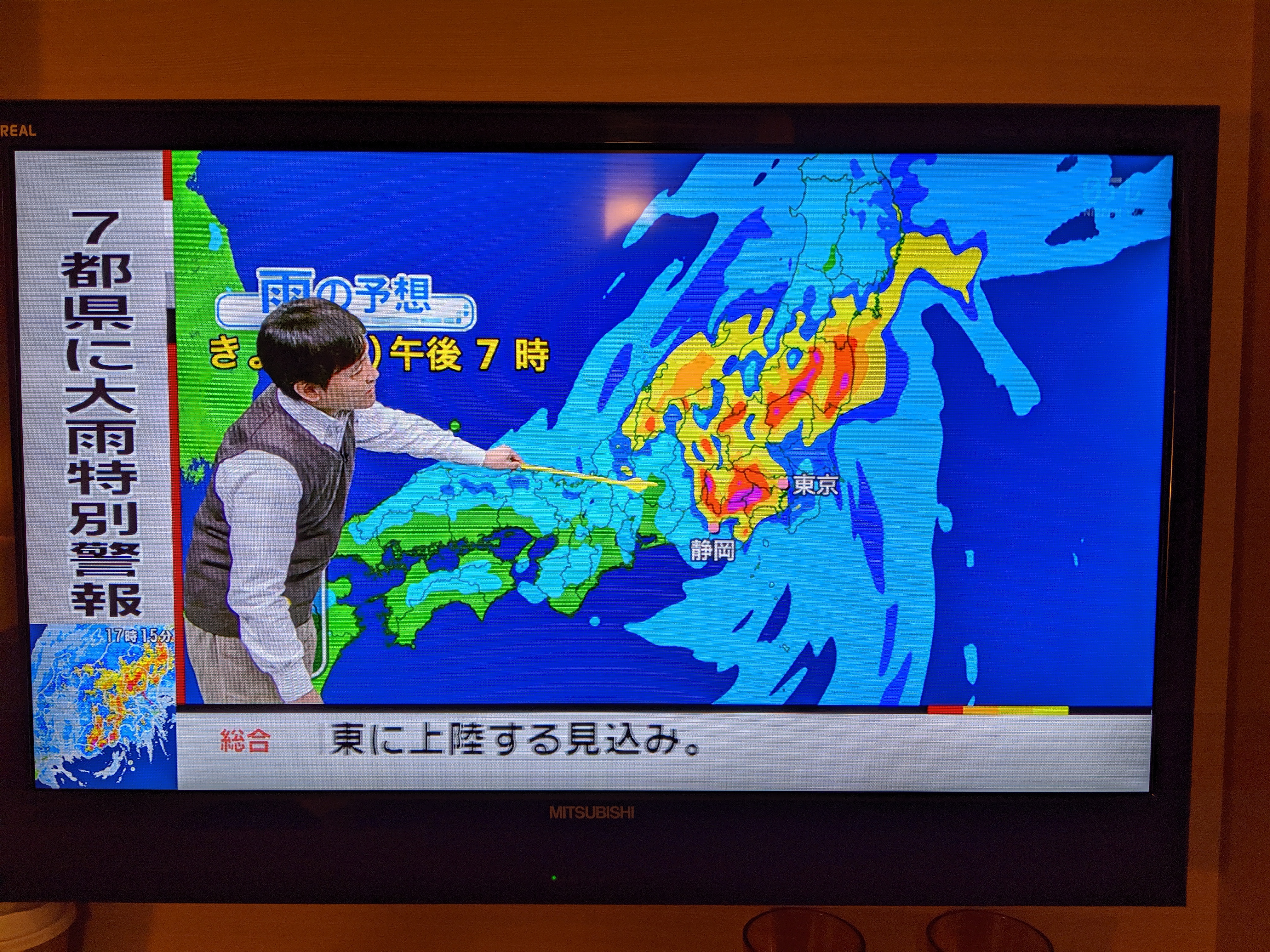 Mini history lesson: In 1854, American navy commodore Matthew C. Perry arrived on the shores of Japan bearing guns and a time capsule of essential western luxuries as gifts. Subsequently, this event forced the opening of Japan and the internal power struggle that followed. The end of Japanese Isolationism spelled out the end of feudalism and an identity crisis for the ruling classes who prided themselves on being independently Japanese. To this day there is an ongoing anti-foreigner sentiment, a direct result from the arrival of Perry – and it is not a secret. In a way, it is an important effort to protect Japan from outside influence and to observe pride in immaculate Japanese culture. Consider island life: there are limited resources, whether natural or cultivated. Like other emerging first world countries, every public effort is for the good of the country as a whole but not necessarily for individuality. Any sentiment that does not support this movement is either ostracised or quelled. 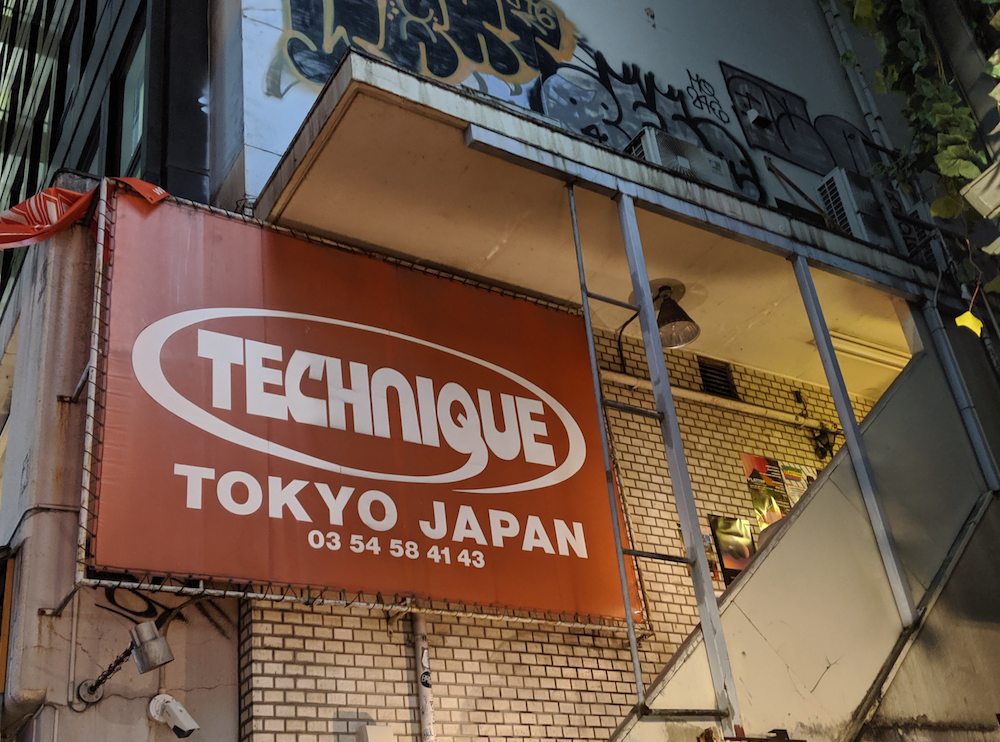 I feel that we are not that different here in the Bay. As our beloved city becomes ever more an epicenter of global tech business, our gathering spaces and native culture continue to be devoured by the real estate market and the changing tides of the now dominant culture. It’s hard to stay positive and support our own local music communities under such conditions. Since the 1849 Gold Rush, San Francisco has remained a place of staking claims and economic surges; it is no stranger to business booms and start-up risk taking. Gold rushing is incorporated into the identity of the city. During my stay in Japan, however, there was something in discovering and experiencing sacredness for a shared passion with people from another part of the world, especially with those who are known to be so selective and exclusive. It refreshed my love for music and my music community, and renewed my personal desire to create and to resist at home. 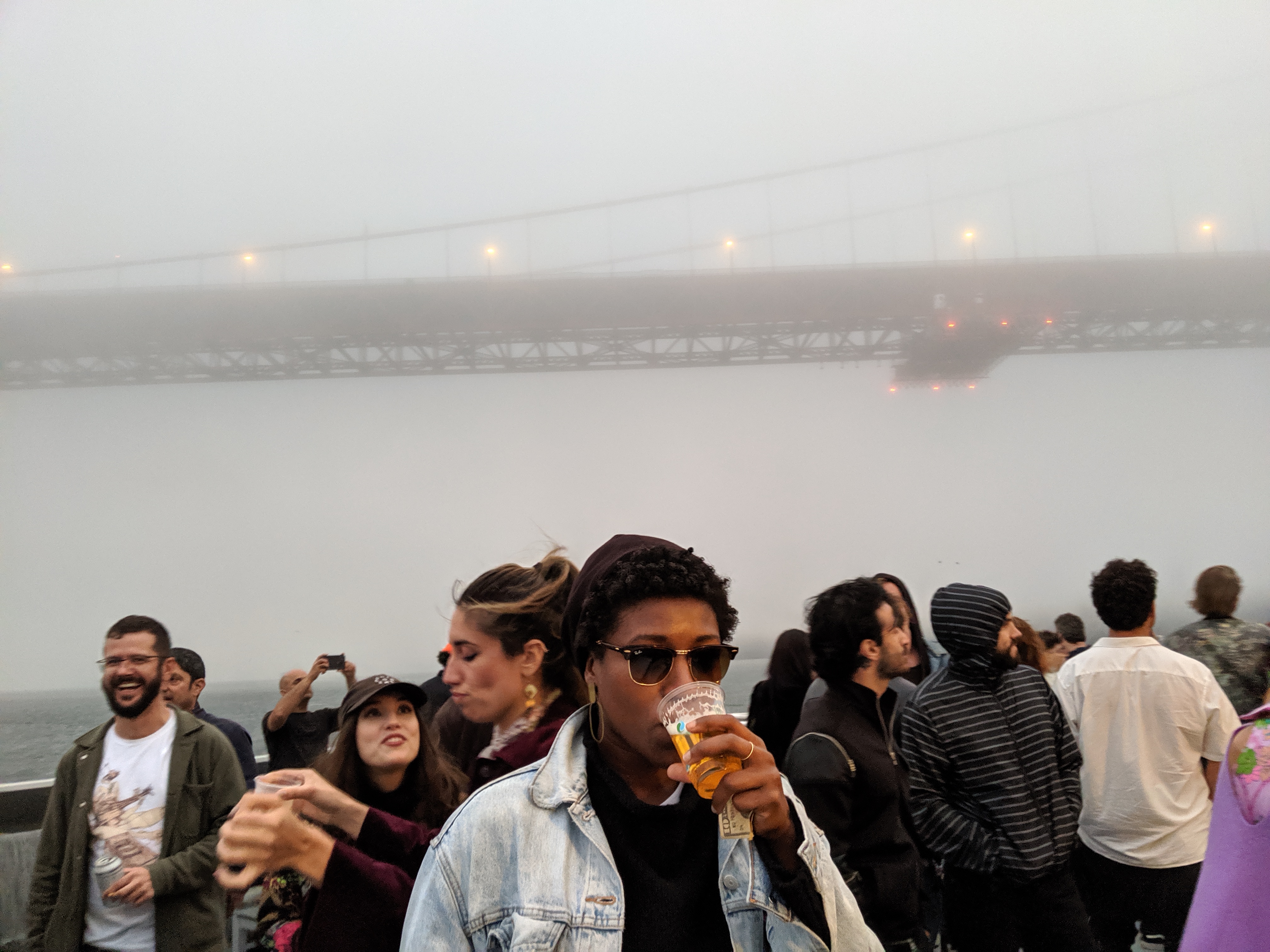 Growing up in the East Bay, I saw the surmounting attitudes toward young geeks who seemed to become millionaires overnight. I witnessed the continued consequences of the naive decision making in start-up culture. Moreover, I spent my later teenhood criss-crossing the bay on BART and driving all over going to mostly emo shows.

As a straightedge 18-year-old, I also managed to get to a rave or two in the City. These events were held in larger venues (ahem, Cow Palace) and riddled with neon everything, all kinds of lights, kids dancing high on pills… it was so wild, so alien, so intense, but also kitchy in a fun way. I'll never forget the first time I received a PLUR bracelet (I still have it, reconstructed) from a candy kid: it was an exchange complete with ritualistic hand holding. It was there I saw the most liberated young females I have ever seen running around in baggy jeans and bras. People were giving each other light shows on the main dance floor. I watched all the promoters who seemed to know everyone hand out flyers in the parking lot to those who were either driving home or going somewhere nearby to continue the fun. 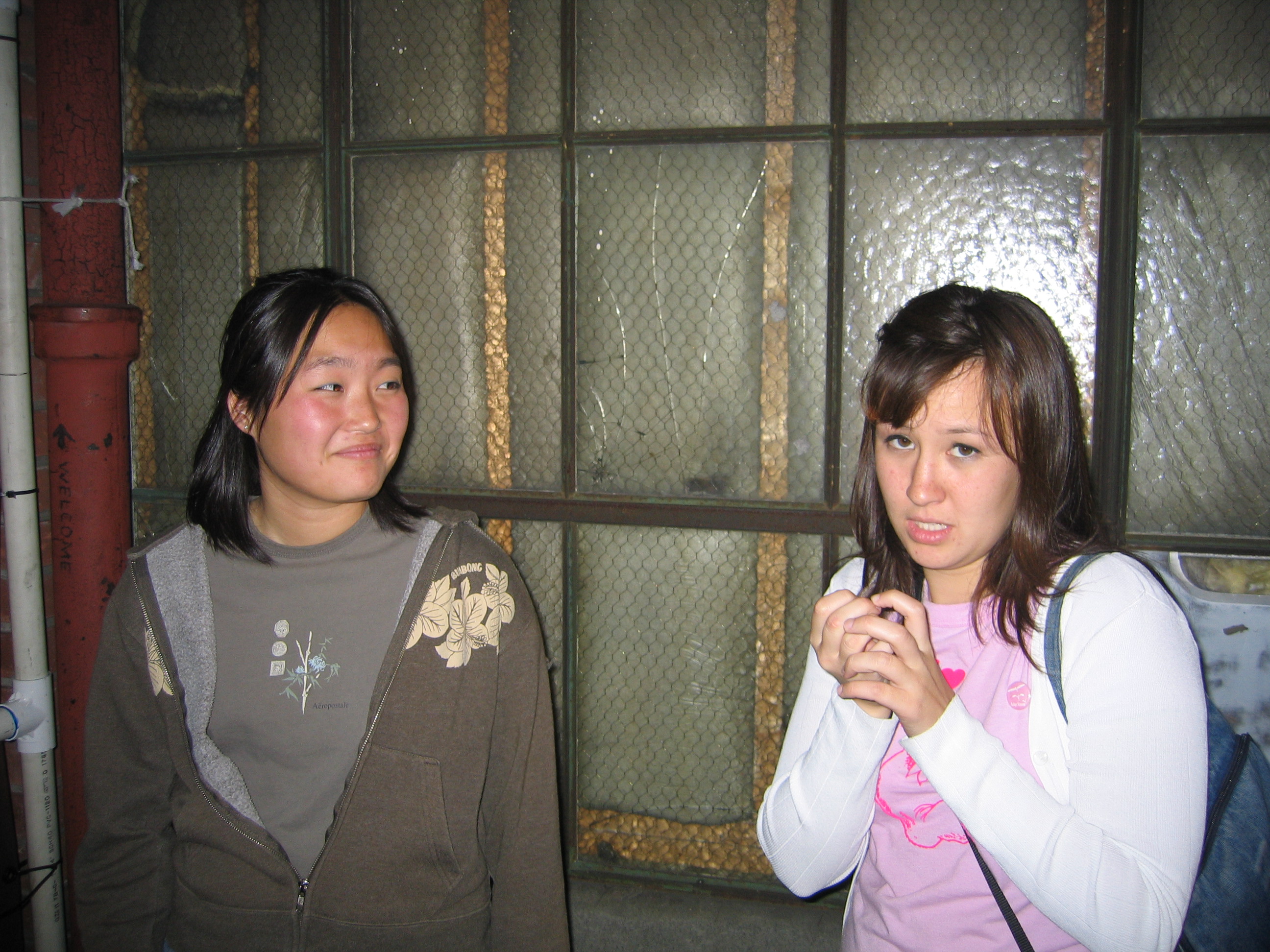 There used to be that radio station, the one with very little talking that would only play electronic party music (was it called “The Beat”?). As a curious, hungry music lover in the time of Limewire and Napster, I would always find myself looking for that radio station just to try to understand what the music was all about.

I'm sure one of our community elders could enlighten us on who were throwing raves at Cow Palace in 2004 or what the story was with The Beat, but rave in the Bay was so widespread by that time that even me, a then church-going straight-edge high schooler somehow fell into the mix.

Today, the local electronic music scene feels more economically driven than ever, and I often hear about how this is a bummer. It feels like an immovable barrier. Add the concentration of talent, the limits of any given person's lifestyle, the influence of fast-paced identity politics and social media performativity – who wouldn't throw up their hands and surrender to resentment or despair? 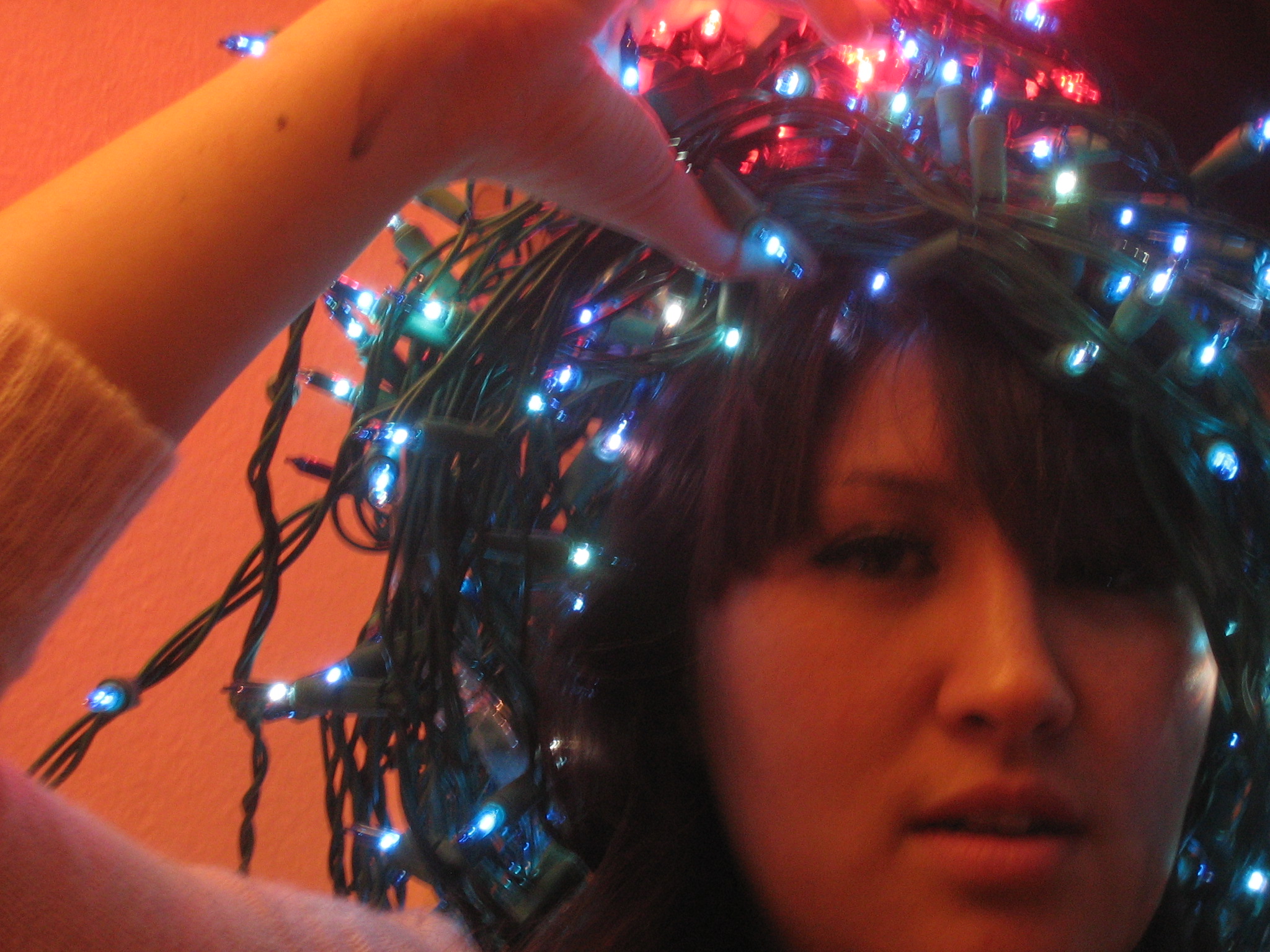 But what has played out in our community and local society is our inheritance as Bay Area electronic music fans. While it is true that there is a lot on our plate, we shouldn't get discouraged because the solutions are not obvious or easy. We are living in a time of global uprising and unveiling of deep, dark, and disturbing truths, but we also have an opportunity to put away conventionality and things that don't work for us anymore.

With seemingly diminishing resources and opportunity, we can take a tip from our friends in Japan (or other forward-thinking music communities) and invent new ways to rave and watch our own rising moon over the forest floor, to continue to forage new spaces, and carry on with reaching out to other communities in order to share our sacred love with each other and with anyone who seeks it. That is the soul of raving.

Japan has a set of challenges that are comparable to those we have in the Bay Area and their impeccable perseverance is highly admirable. My hope is that we can meet them with a similarly ingenious effort. 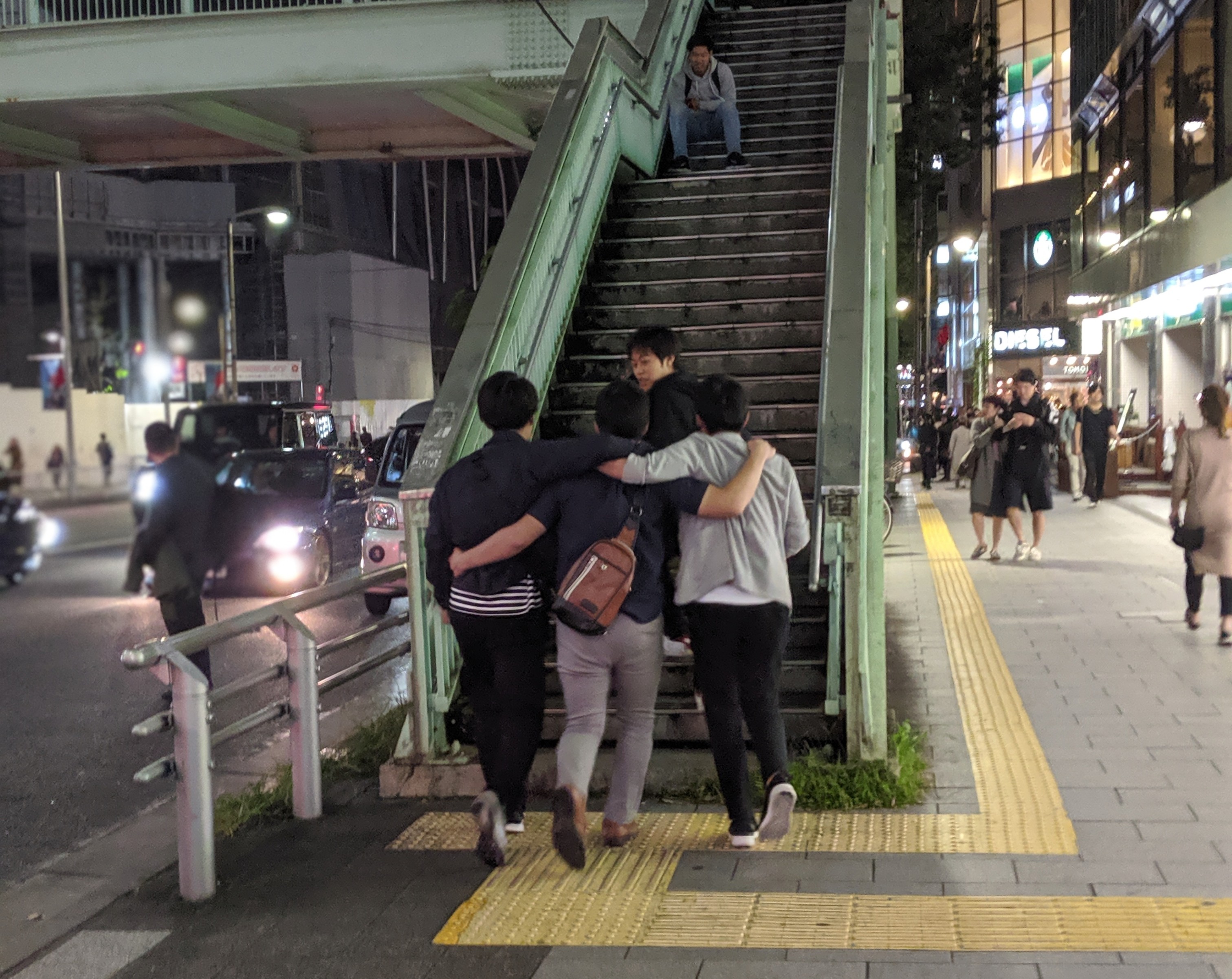 Pamela Jane Gilmour is a Chinese herbalist, acupuncturist, and creative based in San Francisco who intends to bring sustainable practices and holistic self-care to the dancefloor.