Junglism is a lifestyle and philosophy on top of being an electronic music subgenre. Untainted by mainstream culture, jungle is one of the last remaining genres in dance music to maintain its grit, its raw and underground sound. The jungle lifestyle is synonymous with hop-hip and its four pillars, except with a tribal twist. The term "junglism" instills pride in all who boldly claim it. Oliver Ortiz aka Gypsy Kid is one of the Bay Area's most active and enthusiastic junglists, representing the Concrete Jungle chapter in Oakland, Mindfunk, and Hardcore Junglists United. I caught up with my junglist brother recently to shed light on the culture, the sounds, and what it means to be a junglist today. 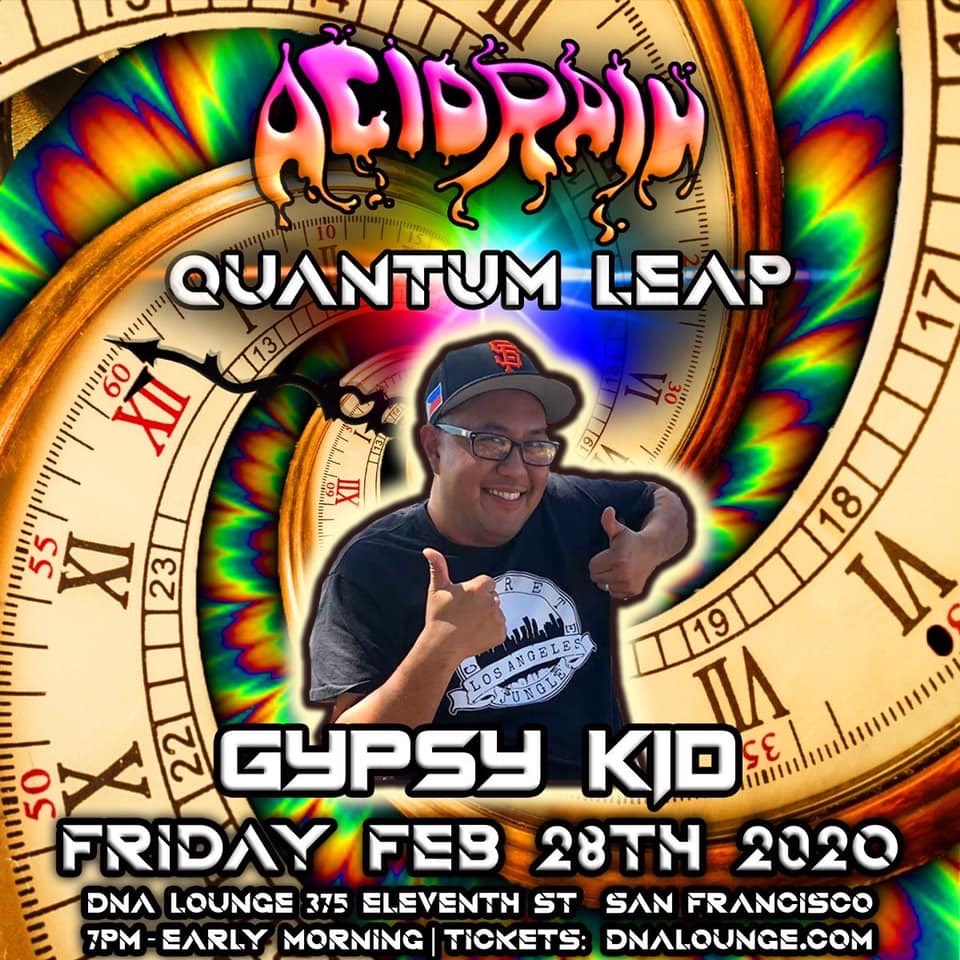 1. When did you know you were a junglist?

Growing up in Chicago I grew up in the punk rock scene. I was going to shows at the Fireside bowl and I fell in love with aggressive angry music right away. In the late 90s, I was introduced to the rave culture and I naturally gravitated to drum & bass and jungle. Obviously being from Chicago I could not escape house music but I felt right at home with the jungle heads. I remember hearing my first mixtape by Danny the Wild Child and I was blown away. From that day forward, I knew I was a junglist.

2. When did you start DJing?

It all started in middle school making mix tapes, and then eventually my parents bought me my first pair of Gemini turntables in high school. I would take the train to the North side of Chicago on the weekends and would spend my days listening to records at all the local shops. Once I got my first job working at the local zoo, I spent all my time and money on music and going to parties. I never did consider myself a true DJ at the time. It was just fun to go hang out with friends and play records at each other’s houses. My first real DJ gigs did not happen until I moved to Los Angeles in 2002. I remember my first warehouse party I played in Los Angeles; it was a game changer for me. That feeling of seeing a full dance floor and people enjoying the music was addictive and I did not want it to stop. 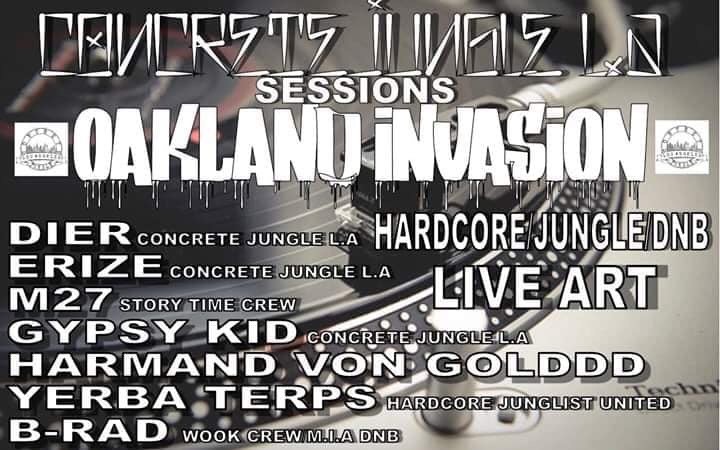 3. Who are your biggest influences?

Early on, my local hometown heroes influenced me. I grew up with DJ Babel, we spent our spare time playing records, and recording mixes alongside DJ Kgirl. Danny the Wild Child and Delta 9 were rocking tons of parties in Chicago at the time and were big influences for me. During my time in Los Angeles, the Mindfunk crew took me in as family and was my key to the underground. I met Steve aka Fiend and was introduced to the Audio Asylum crew were my love for Hardcore grew. I started going to the Respect every Thursday and I felt right at home there. Hearing R.A.W. play, really locked in my love for jungle. Now living in the Bay Area, I’m surrounded by a lot of amazing DJs and producers. I would have to say that Oakland as a whole has had a major impact on my music.

4. What are your top five favorite tracks?

5. What equipment do you use and play on?

I started with turntables so I have a deep love for vinyl, but I think it's important for DJs to always keep up with the technology. We live in a digital age so we cannot escape that. I held on to my vinyl roots for a while and still enjoy playing all vinyl sets, but I do not shy away from stepping up to a CDJ set up. It’s definitely been a learning curve for me. I once showed up to a gig and none of my drives would read and I wasn’t able to play. Super embarrassing, but I learned from it. I feel comfortable playing digital sets now. It is such an advantage to organize tracks by BPM and key. When possible I try to incorporate vinyl and digital in the same set. To keep things interesting, I started getting into playing live sets a few years ago. I use a Novation Circuit, Bass Station 2, and a Roland TB-03. I am truly a gear head and an A/V nerd so I always push myself to try new things and learn new equipment. 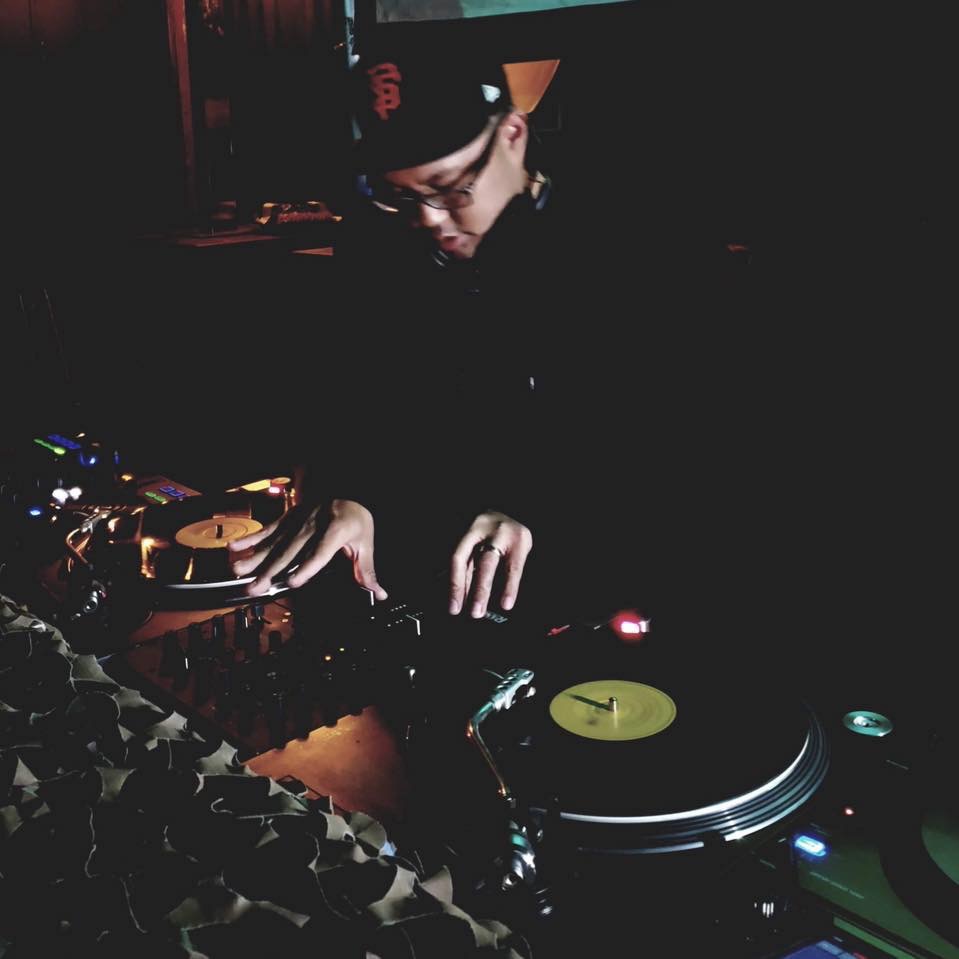 6. If you could perform anywhere in the world where would it be?

Honestly, the Bay Area has an amazing underground scene and I feel very lucky to be a part of it. I have a list of local recurring events that I hope to one-day play. But my wish list is SmartBar in Chicago, Winter Music Conference in Miami, Tokyo, Japan and the UK.

7. Tell me about your monthly event Concrete Jungle Sessions Oakland and how it started. Plans for the future.

I was invited to play a renegade party in Los Angeles called Concrete Jungle Sessions. I was blown away by the event and location. I played an all vinyl set under a bridge, next to the LA river. True underground vibes. After that party I really wanted to bring this energy back to the Bay Area. I linked up with Dier Times, founder of Concrete Jungle and the rest of my LA crew and I started planning for a monthly event for the Bay Area. I pitched the idea to bars and clubs in the area and finally landed a home at the Lounge 3411 in Oakland.

My main goal of the event was to give a place for DJs to get experience and build up the jungle scene. I have met so many amazing artists in such a short time. Looking into the future, and we hope to continue with bigger events and undergrounds.

8. You're a father of two. What's it like raising kids around jungle music today?

Being a parent is a lot of hard work but it’s rewarding. I am lucky to have a wife that is understanding of my music career and the culture behind it. It’s a balance but family always comes first for me. That balance can be tricky. I hate turning down gigs, but I try to limit how many events I do each month. Most of the people I work with are understanding that I’m a family person. The kids have been to day time events that are family friendly and seem to enjoy it. My daughters love dancing and love DJ dad. I’m focused on raising them in a growing environment and will always support them. 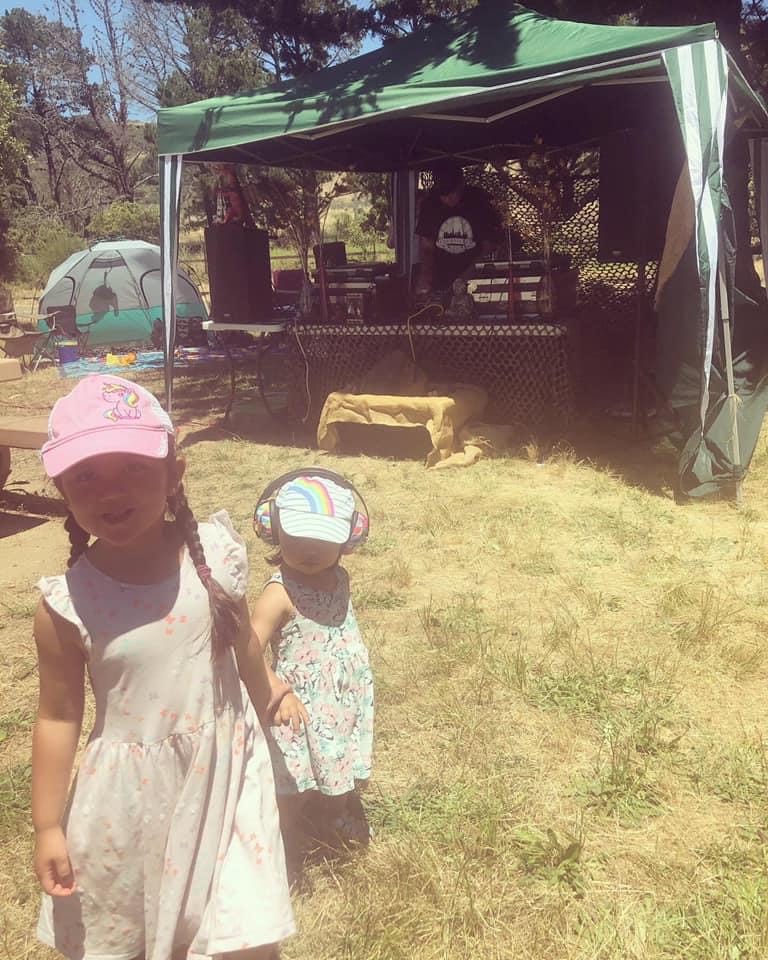 9. How are you handling the shelter in place and what keeps you busy?

Shelter in place has been interesting but I’m finding ways to stay connected with the community and also keep myself busy. I help run a daily stream with the Hardcore Junglists United crew called QUARANTUNES on Twitch. I’m also spending this time reaching out to everyone and making sure my friends and family are safe. We may all be stuck at home but I feel like the underground community is still growing. Tons of streams to watch and online radio stations are popping up. Chat rooms are alive and we are looking out for each other. Our music always finds a way to the people!

It’s been a crazy ride and I don’t intend to stop any time soon. A big thank you to everyone that has supported me along the way Thank you to the entire Concrete Jungle crew, Dier Times, Beatrix, Erize, Dare, Chay Boy, Bento, and Alana Chlarson. Shout outs to Kenai, Destruckshin, and everyone on the Hardcore Junglists United team.

Follow Gypsy Kid on Facebook and Soundcloud, and catch his show, Secrets from the Underground, right here on SutroFM every first Wednesday of the month.

Beatrix is a junglist and artist from La Puente, California. She produces Concrete Jungle and its monthly Ragga Sundays series at Resident in downtown LA.