Within this dystopian San Francisco of cyber trucks and espionage, one might wonder, what is the soundtrack? Well, for those with that curiosity – or those looking for a solid release – burnet207, human name Sean Page, has you covered with their latest release hyper-realistic on Zero Grow.

hyper-realistic is a blend of melodic synths with just enough drums to keep the beat guiding our ears as we move through this rogue AI’s halls. Visions of SHODAN come to mind which makes me wonder, is burnet207 a love letter to science fiction, or is science fiction the setting and burnet207 the soundscape? What we have from hyper-realistic is a smooth and steady six song tour. While not a reinvention of the wheel, it is a familiar and fun exercise that would feel at home with other offerings from the Jacktone Records alumni.

Favorite moments would occur midway through the EP. The emotional quality of Page’s work comes to a realization with the titular track and its follow up, “usf”. For me these were the standouts, a delicate blend of just enough of a human touch to mix up the sea of mechanical melodies, creating a connection hard to achieve. A perfect storm begins to brew before the final two tracks “out of order” and “stereo” bring us into dancing. I would imagine the balancing act of roleplaying as a digital entity, yet existing as a person would be difficult to navigate. It is in those moments when hyper-realistic shines, and we hope to hear and experience more of these kinds of moments in the future. 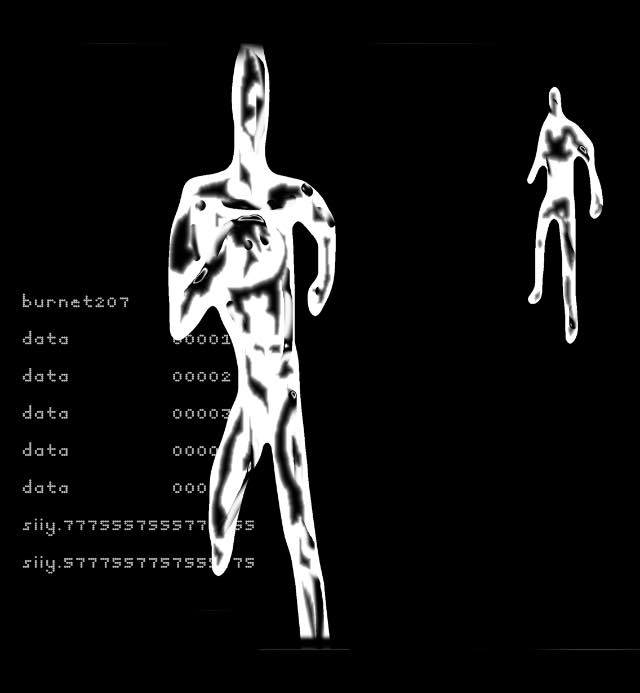 I find releases like this to be rather metaphoric and apt in regards to placing where we are as a city in this era. I am of the belief that San Francisco is growing colder, not just due to climate change. Our industries are becoming less and less personal. Small businesses become less feasible as more and more shut down due to high rents and red tape. Technology reigns supreme. What used to be – and had the potential to be – Victorian laden blocks, filled with a multitude of identities, incomes, and beliefs, have coalesced into a homogenous blend of corporate centrism and terrible fashion. As we hope and fight for an intersectional future, it is important to take moments of respite. And for those moments I am happy to say that hyper-realistic has the ability to be the soundtrack for evening promenades in this dystopian timeline – as well as events that resist it.

Page has another recent release on new label AGIYNI, founded by SF’s very own Roche. Untitled is a more ambient and moody jaunt within this timeline. If hyper-realistic is the soundtrack for the raves and resistance, Untitled could easily be the sounds for the morning comedown or for the minutiae of day-to-day life within this dystopian timeline. As such, I don’t feel that this release was designed for the same type of consumption and enjoyment that hyper-realistic can provide, but perhaps that’s not the point. A standout would be Roche’s “Untitled (Blunt Trauma Remix)” drawing certain familiarities from the work of Akira Yamaoka. It gives a nice bit of texture and variety to an otherwise formulaic release.

Jesse James Alexander aka Deejay Dreamcast is a beatmaker, promoter, and DJ who aims to bring an intersectional and bold future through an understanding of the past. He is the founder of Club Shevil.